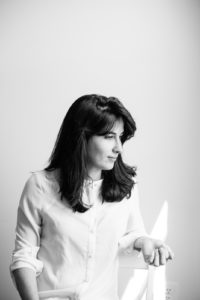 Born in San Francisco to an Austrian mother and Uruguayan father, Fiona spent her childhood growing up in São Paulo, Brazil then Miami. During her studies at Dartmouth College, she had the chance to live and study in Morocco, Rome, and Paris. Upon working as an intern at a French production company, she decided to make a short documentary about tango and apply to film school. During her studies as a graduate student at NYU Tisch School of the Arts film program, she was awarded the Gucci Award for Women in Cinema Scholarship. She is currently developing her first series, Maki in Paris. In addition to working on her own projects, Fiona freelances as a filmmaker and has worked on commercials and branded content for clients including Chanel, Michael Kors, Basil Hayden, Nike x Foot Locker, Mercedes-AMG, L’Oreal, Lagostina, and Braun. In addition, Fiona is a member of BAFTA New York.